Very often we are so preoccupied with the destination, we forget the journey. We invite you to journey with us... Sign up to connect with Rhythm MP

All about rhythm - part 5

Did you try out what was in the last post? By now you would have realized that not all music is written like this. This is just for practice only and to get you started on getting used to seeing how music is written. If you take the exercises and repeat them often enough, you will feel more at ease when you see music like this. It will free your mind and you will be relaxed enough to be able to feel the rhythm building in you.

In this week's post, we will be trying out some exercises which are longer and a little more challenging. Have a look at the three examples below. They are now a mix of what we discussed in the last post but still in a bar of 4 counts. These are actually 4 bar rhythm patterns.

Let’s take a closer look at Example 3. The third bar is quite tricky. This is called a syncopated rhythm. The word syncopate also comes from the word Syncopation which means the displacement of the usual rhythmic accent away from a strong beat onto a weak beat. Strong beats are on the first and third beats. When we clap to four beats or listen to any form of music, we can usually feel the first and third beats much stronger. Even in dancing, the movement of our body would swing a little bit more on the first and third beat. In the third bar of example three, there is a note on the first, second beat but it stops on the third beat which makes us feel as if there is a gap in the rhythm. This feeling of that gap is what rhythmic accent is all about. Most of today’s modern pop and alternative music would have this syncopated feel. As with always, I have included some audio clips for you to clap along.
Example 1


Have a go at clapping the above rhythms and in the next post, I will include some longer rhythms with some modern drum beats and we can have some good interesting fun together.
Posted by Michael Kay No comments: 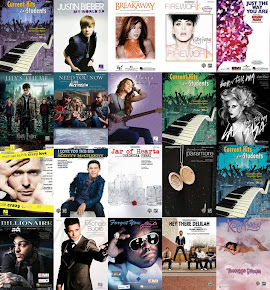 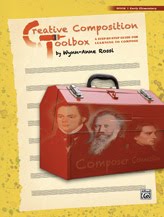 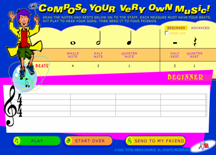